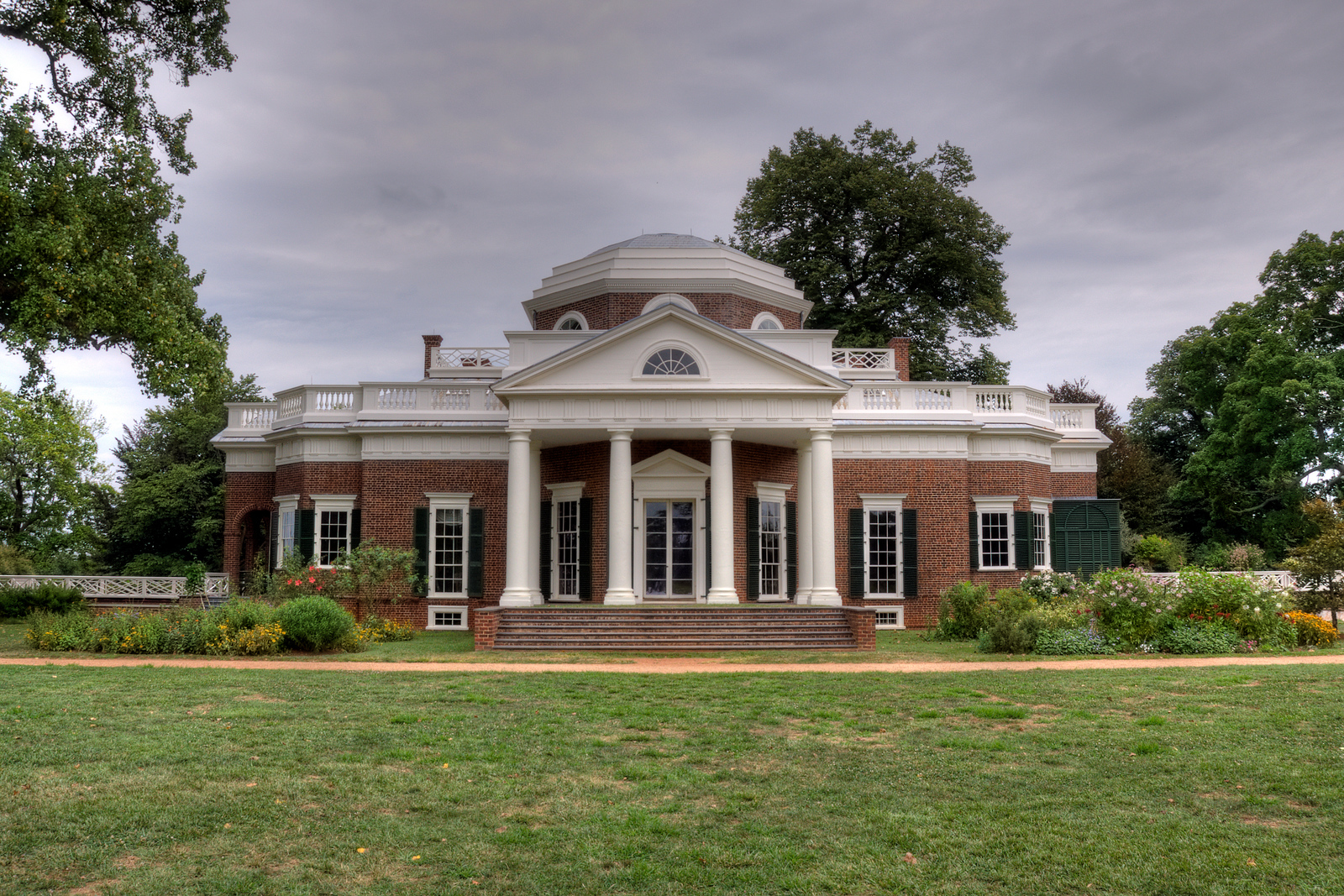 From the World Heritage inscription for Monticello and the University of Virginia in Charlottesville:

Thomas Jefferson (1743–1826), author of the American Declaration of Independence and third president of the United States, was also a talented architect of neoclassical buildings. He designed Monticello (1769–1809), his plantation home, and his ideal ‘academical village’ (1817–26), which is still the heart of the University of Virginia. Jefferson’s use of an architectural vocabulary based upon classical antiquity symbolizes both the aspirations of the new American republic as the inheritor of European tradition and the cultural experimentation that could be expected as the country matured.

While not the oddest of World Heritage Sites I’ve visited, I’m surprised that it was included for architectural reasons, not historical ones. I’m sure there are many other American buildings from the same time period which are more architecturally significant but weren’t designed by a former president. It sort of shows you the thinking of the UNESCO committees which pick world heritage sites.

The Monticello and the University of Virginia in Charlottesville is a UNESCO World Heritage Site in the US. It is located in the state of Virginia and was inscribed in 1987. These two sites were recognized as one property by UNESCO for their cultural value.

Thomas Jefferson, the third president of the United States, has close ties with these cultural sites. As an author, philosopher, historian, and scientist, Thomas Jefferson helped to write the Declaration of Independence. This was crucial in forming the foundations of self-government and freedom as is known today. Jefferson’s literature and the architecture, which includes the University of Virginia and Montecillo, were crucial for scholars to study how American came to be.

Monticello is Thomas Jefferson’s primary plantation in Virginia. It is one of the UNESCO World Heritage Sites in the US, along with the University of Virginia. Jefferson designed and planned Monticello himself at the age of 26 after his father gifted him the land. This 5,000-acre plantation is located in the Piedmont region of Virginia. He then developed this land for the cultivation of mixed crops and tobacco. It has been cited as a National Historic Landmark because of the historic significance and the architecture of the plantation, particularly its main building.

The other half of Monticello and the University of Virginia in Charlottesville UNESCO site is the academic village. This academic institution was established in 1819 and was founded by Thomas Jefferson. This is the first and only academic institution that made it to the list of UNESCO World Heritage Sites when it was added with Monticello in 1987.

According to the board at UNESCO, this site was inscribed into the list because it exhibits the human creative genius. It also symbolizes Jefferson’s ideals of enlightenment. In fact, Jefferson himself considered the founding of this academic institution as one of his biggest achievements.