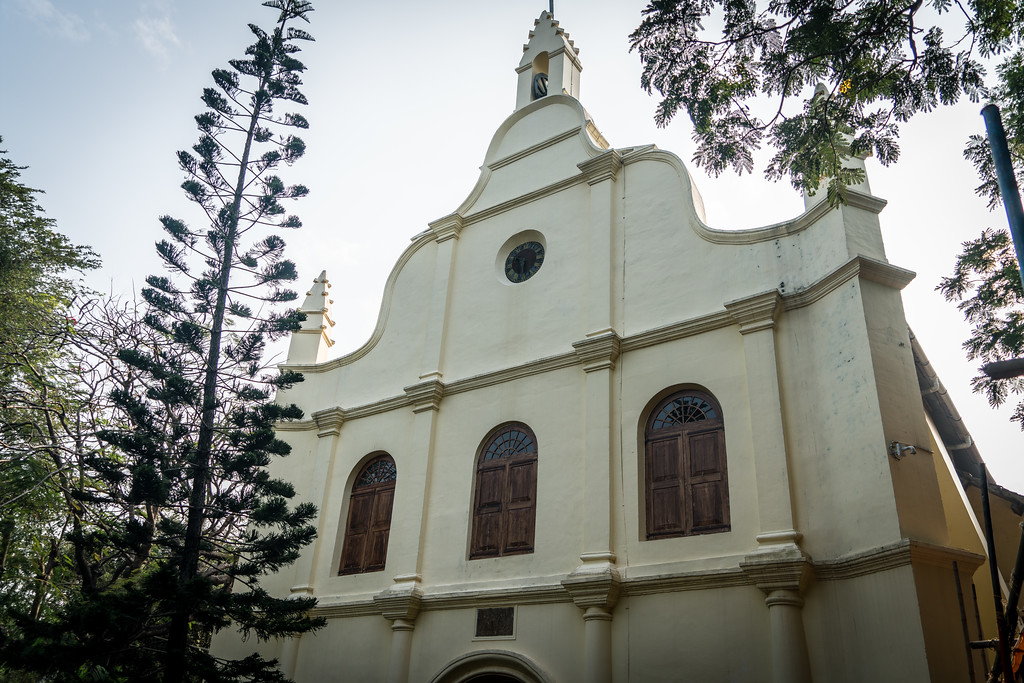 Many other major world religions also found their way to India as well. Islam, Christianity, and Judaism have also a place in India, but unlike the faiths mentioned above, they all came to India from outside the country.

In particular, they all came to India via one particular port. The same city is the home to India’s first Christian church, Islamic, Mosque, and Jewish Synagogue.

That city is Kochi in the Indian state of Kerala.

What is it about Kerala which caused these faiths to all gravitate here? It can all be explained by the Cochin Port which is one of the best and largest natural harbors in India.

When trades came to India, Kochi was one of the premier destinations for traders because of its large harbor. It served as a gateway for all of South India. Traders from Arabia and Europe stopped here, bringing with them not only their goods but their cultures and religions as well.

Of the three monotheistic religions discusses here, Judaism has had by far the smallest impact in India. The Jewish population of Kerala has always been small and is still small today, but they were a vital component in the trading culture which was established around Kochi.

The Jewish neighborhood in Kochi is known as “Jew Town”, and it was where most of the Jewish merchants lived starting in the 14th century. There were originally seven synagogues in Old Cochin, of which only one is currently in use a synagogue today.

The Paradesi Synagogue is still in operation and is serving the small Jewish community still in Kerala. Built-in 1568, the synagogue has the distinction of being not only the oldest synagogue in India but the oldest in the entire Commonwealth, including the UK.

Christianity has had a long history in Kerala. Tradition holds that the Apostle Thomas brought Christianity to Kerala in the year 52 BCE.

Most of the Christians in Kerala belong to the ancient Syriac Rite, which uses a liturgical language which is very similar to the Aramaic spoken by Jesus two thousand years ago. Today, most religious services are spoken in the local Malayalam language. The Syriac Church is considered an Oriental Orthodox church, which has slightly different beliefs than the Catholic Church or Eastern Orthodox Churches.

Western Christianity came to Kerala in 1498 via the Portuguese explorer Vasco da Gama who came to open up trade between Europe and India. He was surprised to find Christians already in India. The Christian community in India might have been the source of the legend of “Prester John” who was a supposed Christian king who ruled in Asia.

Today there are over 6,000,000 Christians in Kerala of all denominations, which make up over 18% of the population.

The St. Thomas Syro/Malabar Catholic Church in Palayoor, Kerala is the oldest Christian church in India.

Islam is the second largest religion in India with approximately 172 million adherents, or over 14% of the population.

As with Christianity and Judaism, Islam first arrived in India in Kerala via merchants. Islam arrived very early after its founding with the first mosque being built in 629 CE by Malik Deenar, who was a companion of the Prophet Mohammed.

Legend has it that the local king at the time, Cheraman Perumal, gave up his throne, embraced Islam, and made a pilgrimage to Mecca. There he met the Prophet and gave him a gift of ginger pickles. After spending several years in Mecca, he returned home only to die en route. His companions completed his quest by building the mosque in his honor when they returned to Kerala.

The original mosque was destroyed in 1504 when the Portuguese attacked the city, and the mosque was rebuilt afterward. The current building traces its roots back to that reconstruction.

The main attraction of the mosque is an oil lamp that legend says has been burning over 1,000 years. Worshipers and visitors often bring oil to the mosque to help keep the lamp lit.