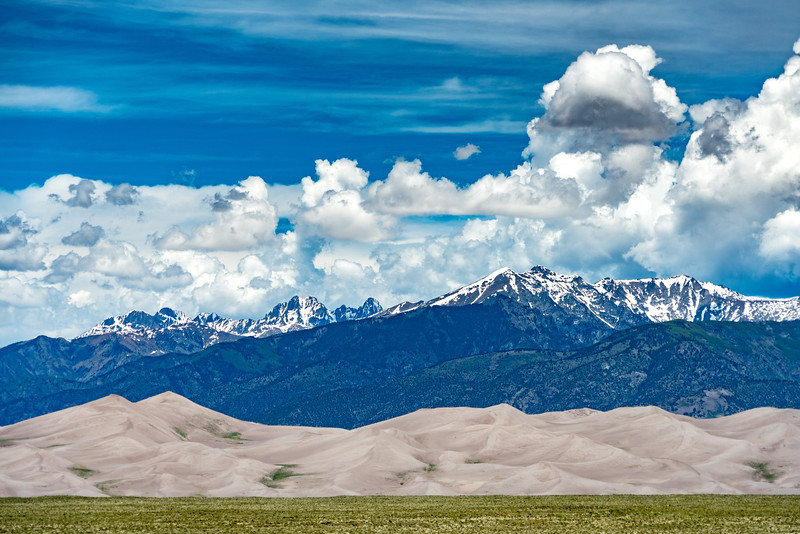 Aside from containing the tallest sand dunes in the continent, the Great Sand Dunes National Park is also estimated to contain more than 5 billion cubic meters of sand. This sand dune landscape covers more than 30 square miles in land area.

The sand dunes had formed as part of sediments from the surrounding mountains. These sediments have formed over a period of numerous geologic time periods. As the lakes that are found within the valley had receded, it exposed sand was blown by the southwest winds. The dune field formed for tens of thousands of years. Currently, there are four known key components that make up the Great Sand Dunes National Park: mountain watershed, sand sheet, sabkha, and the dunefield.

In the summer months, the temperature on the dunes can become extremely high. Temperatures as high as 150 °F (66 °C) are not uncommon during the day. At night in the summer, temperatures can reach as low as 50 °F (10 °C). 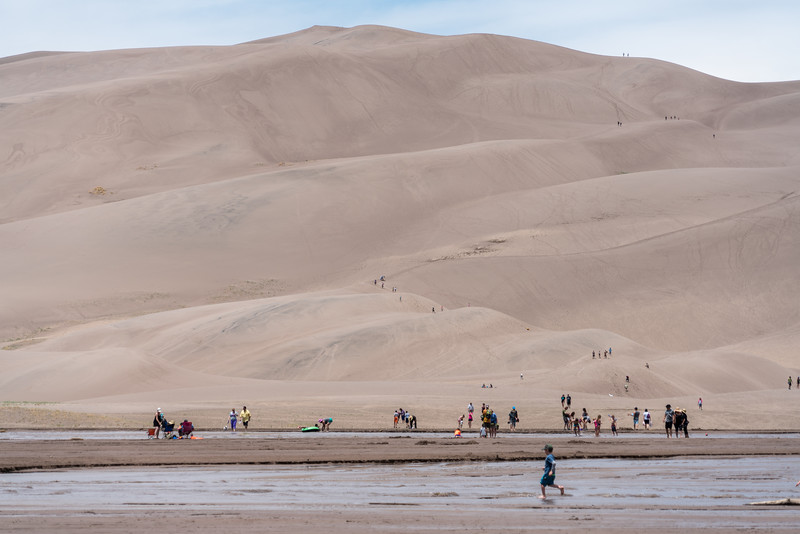 Aside from the sand dunes, there is also a variety in terms of the landscape within the Great Sand Dunes National Park. These ecosystems are found mostly within the mountain watershed. The various ecosystems include montane woodlands, riparian zones, alpine tundra, and subalpine forests.

The San Luis Valley wherein the Great Sand Dunes National Park belongs to have a history of human habitation that goes back to 11,000 years ago. The Southern Ute tribe is the known earliest inhabitants in the region. Meanwhile, the area also has cultural ties with the Apaches and Navajos. 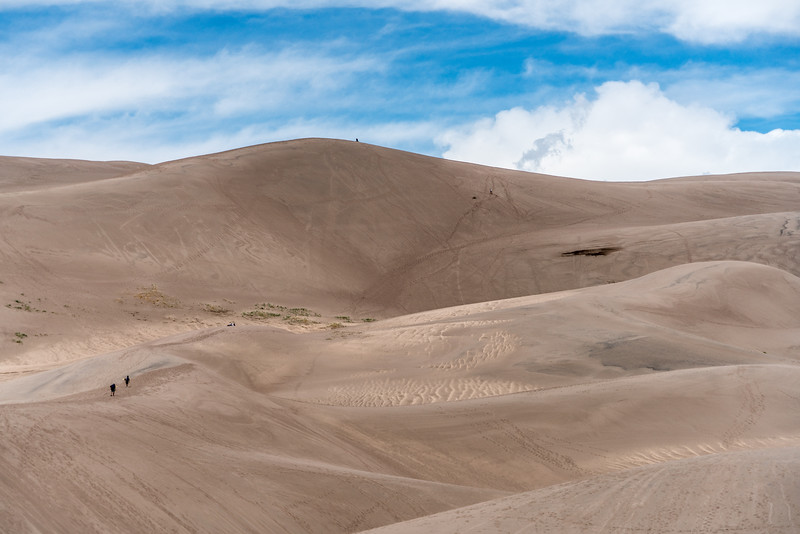 As mentioned above, the sand dunes at Great Sand Dunes National Park are the tallest in North America. The maximum height of the sand dunes is 750 feet (from the San Luis Valley floor). Some portions of the dunes contain a dark area, which is made up of deposits of magnetite. This is a type of mineral that had eroded from the Sangre de Cristo range.

Many of the tourists who visit the Great Sand Dunes National Park like to explore many activities, aside from sight-seeing. These popular tourist activities include surfing the sand, riding the fat bikes, hiking, horseback riding, four-wheel driving, stargazing (at night).

It is possible to reach the park on a day trip from Denver. Driving time from the Denver International Airport is approximately 4 hours via Interstate 25. As with most national parks, camping is available in the park from April through October. Registrations for campsites must be made in advance.

There are some motels available outside the park boundary, and a larger selection is available in Colorado City and Pueblo.