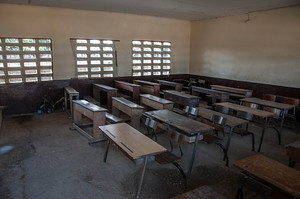 The benefit of traveling by ship is that you can explore 70% of the Earth’s surface. The downside is that you are limited to only exploring places on land which are near the sea. I don’t this is effect more pronounced than in the Republic of Congo. There are some amazing places to visit in the Congo. The shoreline and the city of Point Noire isn’t one of them.

Deep inside the Congo are forests, national parks, and sanctuaries for elephants and gorillas. None of those places, however, are near Point Noire. The vast majority of the population in the Republic of Congo lives between Point Noire and the capital of Brazzaville. The really amazing parts of the Congo, however, are in the sparsely inhabited northern regions.

Point Noire is mostly an industrial port with little in the way of attractions. We disembarked in the port of Point Noire and boarded transportation which took us to a museum about the slave trade outside of town. The museum was, 1) all in French and 2) not very well curated. It wasn’t a great museum and I feel bad saying that because I am aware of the circumstances which exist in West Africa. 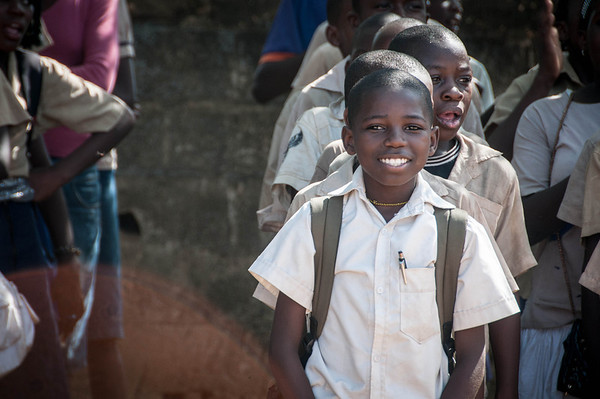 After the museum we did a brief stop to look at the Diasso Gorge, which is interesting but not really interesting. We had been warned prior to disembarking that we would probably find the gorge underwhelming, and it was.

At this point the photography hadn’t been very good. Museums are never great places to photograph and the time of day wasn’t really optimal for landscape photos.

I should take this time to note that I don’t think the reason to visit West Africa is because of tourist attractions. Our morning in Pointe Noire really hammered this point home. The tourism infrastructure isn’t well developed and many of the countries are so small that they really don’t have many sights to see.

The real reason to visit West Africa is the people. Our last stop of the day was at a grade school we visited. The purpose of the visit was to deliver supplies for the school and while we were there, the kids put on a brief show for us displaying their skills in singing, dancing, and oratory. The kids were grades 6-12 and many of the teachers and parents were in attendance as well (it was actually a school holiday, so they showed up just for us).

Visiting the school was the highlight of the day. The kids were great and they really put a lot of effort into the show they put on. Hopefully, they’ll put the school supplies to good use. The head of the school board gave everyone his business card so we could make donations if we like when we get back home.

Our visit to Pointe Noire reenforced the point that you don’t need tourist attractions to have a good trip. West Africa (and everywhere else in the world) is filled with people living their lives who are just as interested in the rest of the world as we are of them.

People are the biggest tourist attraction of them all.

Next Stop: The Island of Sao Tome