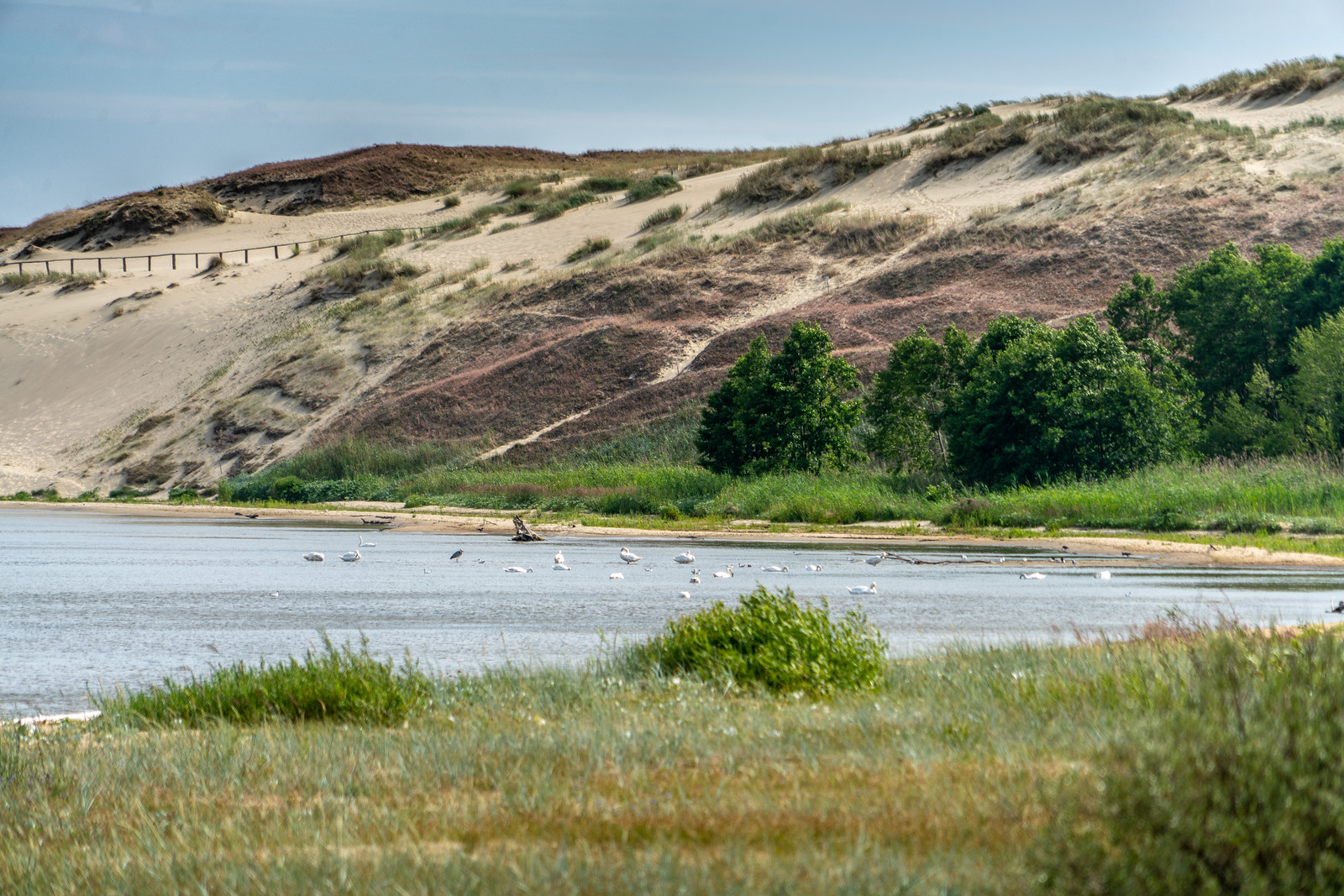 The Curonian Spit is a unique and vulnerable, sandy and wooded cultural landscape on a coastal spit which features small Curonian lagoon settlements. The Spit was formed by the sea, wind and human activity and continues to be shaped by them. Rich with an abundance of unique natural and cultural features, it has retained its social and cultural importance. Local communities adapted to the changes in the natural environment in order to survive. This interaction between humans and nature shaped the Curonian Spit cultural landscape.

Geologically, the spit is approximately 3 million years old. The spit is the remnant of a glacial moraine which terminated in the area. The spit stays in existence by a constant balance of sand deposition and transportation. Similar sand spits and barrier islands can be found around the world.

In mythology, the Curonian Spit was created by a giant named Neringa who was playing on the seashore. There has been evidence of a human presence on the spit for at least 1,000 years and a well-documented history going back to the 13th Century where the spit was the home to the Order of Teutonic Knights.

Fishing was always the most popular industry on the spit as the soil was poor for agriculture. In the 19th Century the spit became the location of an artists colony, especially

Today it is primarily a tourist destination.

The Curonian Spit is nothing more than a long sandy peninsula. As such, everything can be visited along a single main road which goes along the length of the spit.

Visit the Curonian Spit on a day trip from Vilnius.

What to do / Activities

Book a private tour of the Curonian Spit.

The spit is pretty flat so there isn’t much in terms of dramatic landscapes available. Some of the following locations might get some great shots:

Check out Tik Pas Jona in Nida. They specialize in smoked fish. The entire menu for that day will be displayed before dinner and you can pick the fish you want to eat.

Other restaurants in the area will serve local dishes. There are no major chain restaurants anywhere on the Curonian Spit. If you haven’t had it yet, you should try cepelinai, which is a potato dumpling and is the national dish of Lithuania.

As this is near one of the biggest regions for amber production in the world, you might find some places with amber infused vodka. They simply take the bits and pieces of amber which come from preparing stones for jewelry, and they infused it in vodka for several months. The result is an amber colored vodka with a 25 million-year-old, slightly sweet taste!

The spit is open year-round as people live it on. However, the peak season for tourists is in the summer and many of the establishments which cater to tourists may be closed in the winter.

There are no large or chain hotels on the spit. All of the lodging options are smaller hotels and guesthouses. Hotels can fill up during the peak season during the summer months.

Book hotels on the Curonian Spit

The largest international airport would be in Vilnius (VNO), which is several hours away. The Kaunas Airport (KUN) is slightly closer and is serviced by flights from Ryanair. Both have car rentals counters at the airport.

To get to the spit by car on the Lithuanian side, you have to take a ferry. The ferries operate on a regular basis from the city of Klaipeda, Lithuania. Ferries leave every hour during the day. Fees for foot passengers are 1 Euro, and passenger cars are 12.50 Euro.

Information on the ferry is available online.

Rent cars at the Vilnius Airport

There are buses which go to Nida from Kaunas and Vilnius. Each of them makes a stop in Klaipeda before going on the ferry.

The Baltic Sea tends to moderate temperatures on the Spit. The winters seldom get below freezing and the summers are seldom very hot.

Get current temperates and forecasts for Nida, Lithuania.

The signature item to get from the Curonian Spit would be amber. The area along the Baltic Sea is the biggest amber producing area in the world, especially the Russian province of Kaliningrad just south of the Spit. There are several stores that exclusively sell amber. As with other gemstones, prices can be quite expensive depending on size and quality, and in the case of amber, what other creatures are embedded inside it.

You can also buy a small bag of amber chips for about 20 Euro which can be used to infuse drinks such as vodka. The infusion process takes about 3 months, but in the end, you have an amber-colored vodka that is 25 million years old!