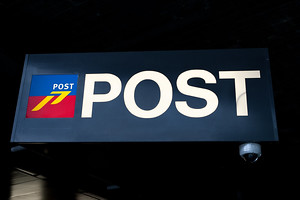 The Brewers are up by 7.5 games in their division and the Packers are looking good in their preseason games for another run at the Super Bowl. Sweet corn is on sale on the roadside in Wisconsin and the weather is neither too hot nor too cold. All seems right with the world.

As such it is time once again for another Q&A.

Annabel Candy from GetInTheHotSpot.com asks: Hi Gary, I have three, yes three digital cameras. I love taking photos and, like everyone, I don’t think I’m bad.

Taking photos while traveling is always a highlight of my trip but I never get out of automatic mode, even on my SLR. It seems too complicated! So please can you share one or two easy ways to get out of auto mode?

The easiest thing to do is to take your SLR and put it into aperture priority mode. Set it to the lowest possible f-stop and take some test photos of something next to you with good lighting. Then take some more photos increasing the f-stop each time. Then put the photos on your computer and compare how they are different. This is beginning the process of developing an understanding as to why you want to use certain apertures.

When you change your f-stop you are changing the size of the hole in your camera which lets in light. The smaller the f-stop number, the larger the hole. F/22 is very small hole and f/2.8 is a very big hole. The bigger the hole, the shorter the focal length. If you have seen a photo where part of the photo is very crisp and the background is very blurry, that is an example of a short focal length and a very large aperture. If you seen an image where everything is in focus, then it is probably a very high f-stop, like f/22, and a very small aperture.

Most photographers shoot in aperture priority mode, unless you are doing sports or nature photography where shutter speed is more important.

Once you’ve taken some test photos and can see the difference, then just start shooting all the time in aperture priority mode. Get to know the exposure adjustment buttons on your camera (+/-) and learn about the histogram. Then just start taking a lot of photos and you’ll get a feel for what aperture is the right one to use given the circumstances.

The key is to just start doing it. That is the only way you will ever figure it out.

Cathy Williams asks on Google+: I want to spend Christmas out of the country. Have you been somewhere at Christmas time that felt extra special? My thoughts: Aruba. Germany.

I spent Christmas day 2007 in Macau. It was the first Christmas I had been away from home. All of my Christmases outside of the US have been spent in Asia, which probably isn’t the most festive place to celebrate Christmas. That being said, I think visiting Germany or Austria around Christmas would be great. From what I’ve been told the Christmas markets have gotten a bit touristy but I don’t think that is a reason to avoid them.

I’ve been to Aruba and think it is a great place, but I’m not sure if they do anything special for Christmas. I think you’ll basically just end up spending a lot for a room. All things being equal, I’d avoid resort areas during Christmas and New Year. You will end up paying a premium to experience crowded conditions.

Miranda Graham Richter asks on Facebook: Hi Gary! How do you and Chris Christensen know each other? I listen to This Week in Travel and Amateur Traveler podcasts but have always wondered how you two became buds. Also, I just recently learned that Ira Glass from This American Life and Philip Glass are cousins! (Did you know that?)

I was aware that Philip and Ira Glass were cousins. There is a great interview online where Ira interviews Philip. It was actually the first time they met. Ira also narrates a version of Wichita Sutra Vortex that was performed in the SoHo Apple Store with Philip Glass on Piano (Link requires Spotify).

As for how how I met Chris….

Chris was my lieutenant back in Vietnam. We were stationed outside of Da Nang at a little place called Hill 147. Charlie had been hitting us bad for weeks and one day a shell landed in the bunker Lt. Christensen was holed up in. He was hurt bad with shrapnel in his leg. I managed to pull him out dragging him with his collar in my teeth all the while holding off the VC.

On the helicopter to the MASH unit, Lt. Christensen told me that he owed me his life and that if at any time in the future I needed anything from him, I only had to ask.

Decades later I came up with the idea of This Week In Travel, and the rest is history….

Greg Baskin asks on Facebook: Is it possible to travel the world with one carry-on bag and yet have all needed to camp in the one’s backcountry?

Sure, you just have to be aware of what you are giving up. At a minimum you are talking about carrying a tent and a sleeping bag. If you want to carry it on a plane, then I’d guess you are looking at a 30-50L backpack. You will probably need to eliminate a lot of clothes and not carry much in the way of electronics.

That being said, I’m not sure why you’d need to carry everything on the plane. If you aren’t on a business trip or under a tight schedule, the extra time required to pick up a bag isn’t that big of a deal. During the last 4.5 years I’ve been traveling, I have checked a bag on every flight save for one. I have never had a lost bag. Yes, you do want to travel as light as possible, but when you are traveling around the world and have all your things with you, you can actually travel too light. You need to find that balance.

Mike Willits from 1000fights.com asks: What has been your favorite off the beaten path location?

I’d have to go with somewhere in the Pacific. Probably Micronesia or the Solomon Islands. I visited the island of Rennell in the Solomons which gets about a dozen visitors per year.

Many of the islands you can visit in the Pacific are so far off the beaten track, there is no track. Even islands like Rarotonga which are geared towards tourism get nothing compared to what some islands in the Caribbean get. They are just too remote and too far away. There is nothing like a remote island for getting off the beaten path.

Nathan Dintenfass asks on Google+: Do you have an opinion on 500px.com? Is SmugMug ripe for a new generation of competition?

I played with 500px a bit, but I’ll be honest that I’m not really sure what purpose it serves. It isn’t really designed to be a photo hosting site. On the merits of just photo hosting it doesn’t even come close to Smugmug or its competitors. If you want to share photos with other people then I’d put them where the people are: Facebook or Google+. Flickr seems like a better social network for photographers. All I can figure is that it is trying to be a community for high-end photographers, but I’m not really sure of the market. It doesn’t seem that there is anything I can do on 500px that I can’t do on Smugmug or some other site.