There are nine UNESCO World Heritage Sites in Bulgaria. Seven of the sites are cultural, and two are natural. 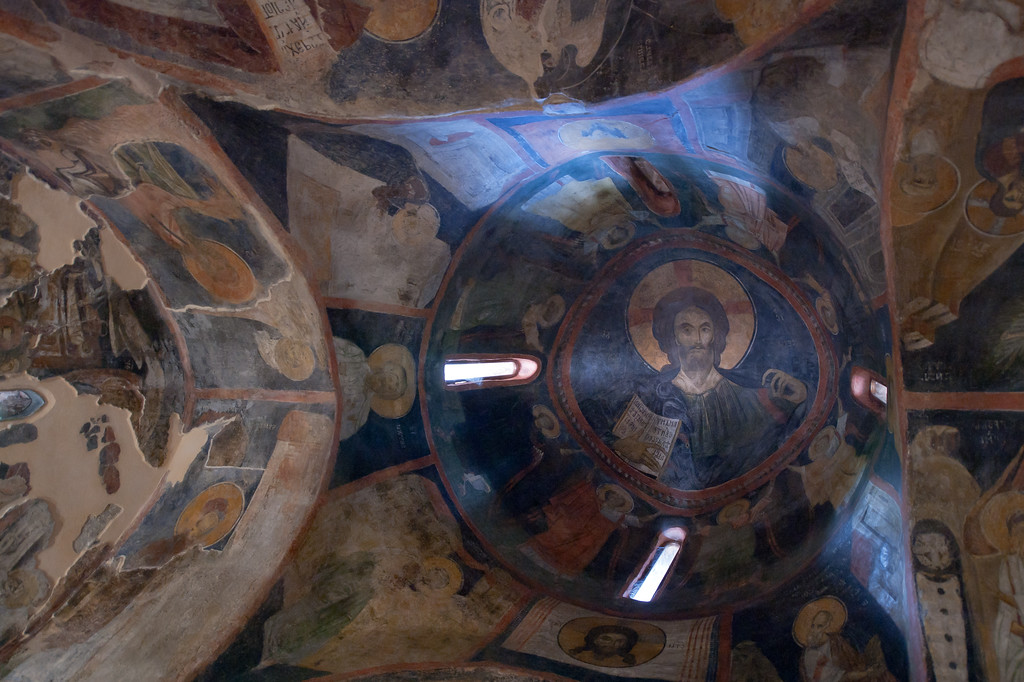 This medieval Orthodox Church in Bulgaria is located in the outskirts of Sofia. It was added to the UNESCO World Heritage Sites in Bulgaria list in 1979. It took several centuries to build this church. It started in the late 10th century, then continued in the 13th century and was completed in the 19th century.

The most distinctive feature of the Boyana Church is the fresco; in fact, observers believe that the church is overpainted. Those frescoes that were painted from the 14th century have survived until today.

This medieval rock relief can be found on the Madara Plateau in the village of Madara in Bulgaria. According to archaeologists, the rock monument dates to as far back as the 7th or 8th century during the time of Khan Tervel’s reign in Bulgaria. The site was recognized added to the list of UNESCO World Heritage Sites in Bulgaria in 1979.

This is a group of monolithic structures such as churches, chapels, and monasteries hewn from solid rock in the village of Ivanovo. During the 1220s, monks inhabited the caves in the region and this was spearheaded by the Patriarch of Bulgaria Joachim I. They carved out cells, churches, and chapels from the cave’s solid rock. There are about 40 churches that were carved out from these rocks – however, the original number stood at around 300 but the 40 are the only ones to survive until the present day.

This vaulted “beehive” tomb made out of bricks is a notable attraction in Bulgaria; it is also part of a large Thracian necropolis. The tomb is comprised of a narrow corridor and round burial chamber. This monumental tomb is believed to have dated back to the 4th century BCE. It was added to the UNESCO World Heritage Sites list in 1979.

This ancient city is a notable part of Bulgaria’s culture. It is also one of the major seaside resorts in the country. There was a time wherein Nessebar was the most popular tourist destination near the Black Sea wherein you will find several resorts. This town is connected to the mainland in Bulgaria via a man-made isthmus, which also serves as evidence of the existence of various civilizations in the town.

This Medieval monastery is one of the most popular tourist attractions in Bulgaria. This Eastern Orthodox monastery complex is located at the Rila Mountains; it is also named after the founding member hermit Ivan of Rila. Today, the monastery is still in use wherein over 60 monks live in here. It was founded in the 10th century and is recognized as the most vital monument in Bulgaria in terms of history, culture, and architecture.

This is another tomb monument included in the list of UNESCO World Heritage Sites in Bulgaria. It is located in the village of Sveshtari, which is located northeast of Bulgaria. A mount was discovered in 1982 and inside it was the 3rd century BC Getic tomb. The tomb is an important artifact to the Thracian cult. It is also noted for its architectural décor and relief on the walls of the tomb.

This national park covers the entire area belonging to the Pirin Mountains in Bulgaria. It is one of three national parks in the country. It was established as a national park in 1962 but has since been expanded to include some of its surrounding areas. It is recognized by UNESCO as an important natural site since this is where the oldest tree in Bulgaria can be found – Baikeshev’s pine (estimated to be around 1,300 years old). There is also a diverse species of flora and fauna in the park, which is approximately 45 mammal species, 11 reptile species, 159 bird species, 6 amphibia species and 6 fish species.