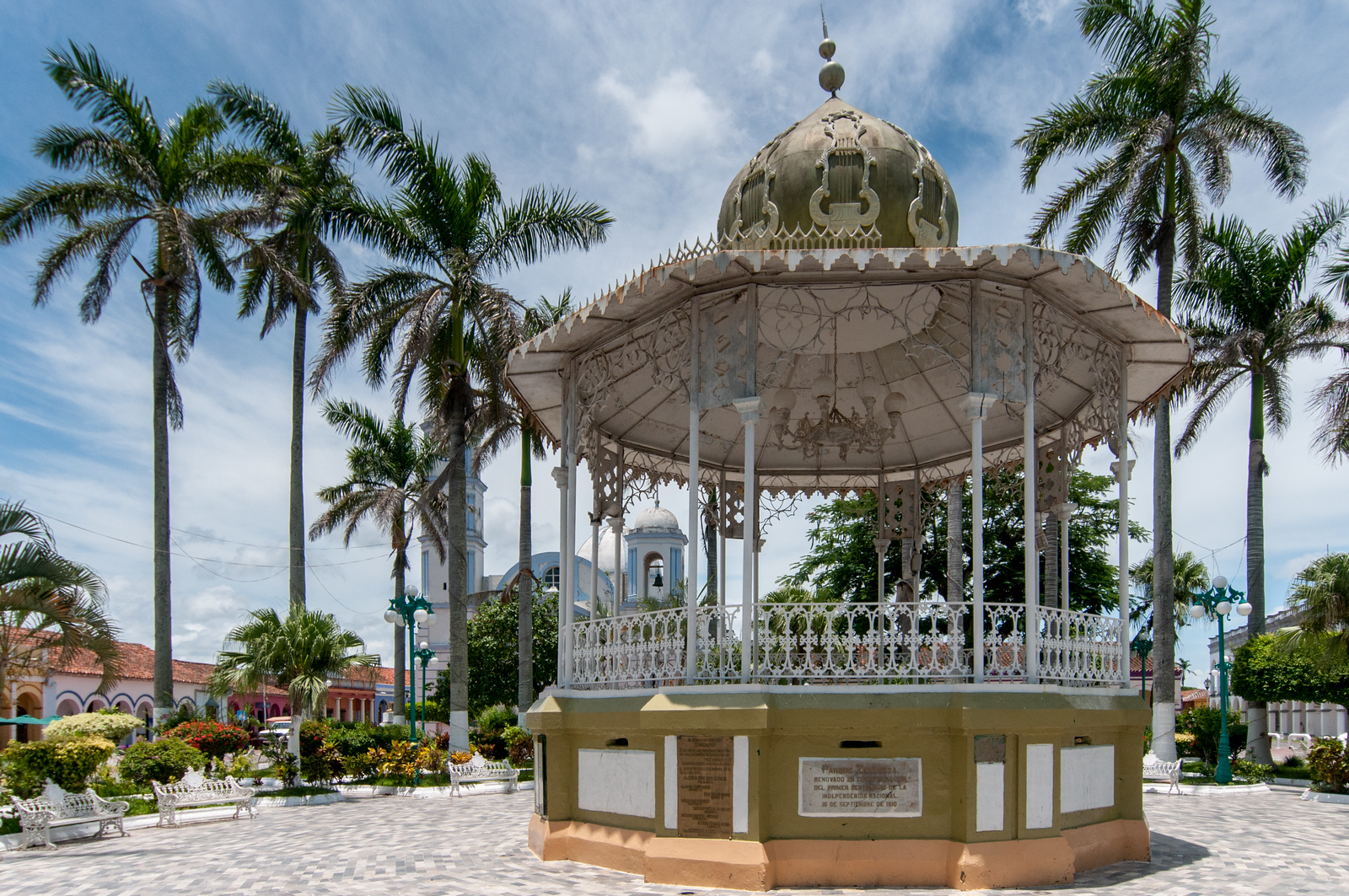 The urban layout and architecture of Tlacotalpan represent a fusion of Spanish and Caribbean traditions of exceptional importance and quality. It is a Spanish colonial river port on the Gulf Coast of Mexico which has preserved its original urban fabric to an exceptional degree. Its outstanding character lies in its townscape of wide streets, modest houses in an exuberant variety of styles and colours, and many mature trees in public and private open spaces.

As an interior riverine port, Tlacotalpan is a rare form of urban settlement in Latin America. It is laid out on a chequerboard pattern, covering some 1,550 m by 520 m, and is divided into two distinct sectors. The larger of these, to the west, is the ‘Spanish’ quarter and the smaller, to the east, is the ‘native’ quarter. At their junction there is an irregularly shaped ‘public’ sector, where public open spaces and official and commercial buildings are located. The plan of the western part is orientated on seven main streets running east-west parallel to the river, and are intersected by narrow lanes.

The ethnic origins of the pre-Hispanic people inhabiting the region to the north and north-east of Tlacotalpan are not fully understood. However, the names of the river Papaloapan (Butterfly River) and other settlements nearby are Nahuatl, which suggests that it was under Aztec domination. The present name of the town is a Spanish version of Tlaxcotaliapan (‘Land between the Waters’), the name of the island where the initial settlement was established; following modification of the north bank of the river, it was joined to the mainland. The mouth of the Papaloapan River was discovered by Juan de Grijalba in 1518. Pedro de Alvarado sailed up it and in 1521 Cortés sent Gonzalo de Sandoval to find gold.

The site of Tlacotalpan formed part of an enormous grant of land made around 1550 by the Spanish King to Gaspar Rivadeneyra, on which he kept livestock. He was unable to prevent the establishment of a village of fishermen on the site of the present-day town, but he obliged them to build a chapel dedicated to La Virgen de la Candelaria.

Tlacotalpan is situated approximately 2 hours south of the city of Veracruz on the coast of the Gulf of Mexico. It is a nice enough town that doesn’t seem to get nearly as much tourism as other world heritage level cities in Mexico. It also seems to lack the gravitas that most world heritage cities have.

The most obvious feature in the town is the colorfully painted houses you will see around town. You can see bright pinks, purples, and blues on almost every street.

I’d say this site is only of real interest to those who are very much into Mexican culture or are world heritage hunters like myself.

The Historic Monuments Zone of Tlacotalpan is a cultural UNESCO World Heritage Site in Mexico. It was inscribed into the UNESCO list in 1998 as a colonial and urban landscape. This historic area represents the townscape that is linked to a Spanish colonial river port. The town is filled with many single-story buildings that feature Caribbean architectural style – filled with lots of vibrant colors.

The ton of Tlacotalpan is located along the banks of the river. It was established in the mid-16th century. The town follows a checkerboard style and is divided into separate quarters that are designated for the natives and Spaniards.

About the Historic Monuments Zone of Tlacotalpan

The Historic Monuments Zone of Tlacotalpan is an urban landscape known for its grid pattern. This mid-16th-century town is composed of wide streets that are lined with colonnaded houses that depict the Caribbean architectural style. The public parks are part of the town layout and they are filled with several mature trees. Aside from the parks, there are plenty of private gardens and open spaces all throughout.

The town of Tlacotalpan was first settled by the Spaniards in the 1550s but it reached its peak during the 19th century. The surviving ensemble of the Historic Monuments Zone of Tlacotalpan is made up of 153 blocks within a 75-hectare land area. The Spanish Quarter is located on the west and the Native Quarter is located on the east. These two quarters form the distinct sectors of the Historic Monuments Zone of Tlacotalpan. Within the intersection of the two quarters, you will find civic buildings that are made with irregularly shaped layouts.

In 1821, Tlacotalpan gained economic independence from its colonizers. This was also the same time when the port was opened such that products from Puebla and Oaxaca were brought into the town. From there, the products are shipped to other parts of the world such as Havana, Bordeaux, New Orleans, and Veracruz.

The colonial feel of the Historic Monuments Zone of Tlacotalpan is evident on the streets that are filled with arched porticos. Aside from the arches on the streets, the town also exhibits a high concentration of historic buildings that provide a sense of architectural harmony. The basic vernacular style homes are not uncommon in many towns along the Gulf of Mexico; however, the single-story houses in Tlacotalpan are what make it unique.