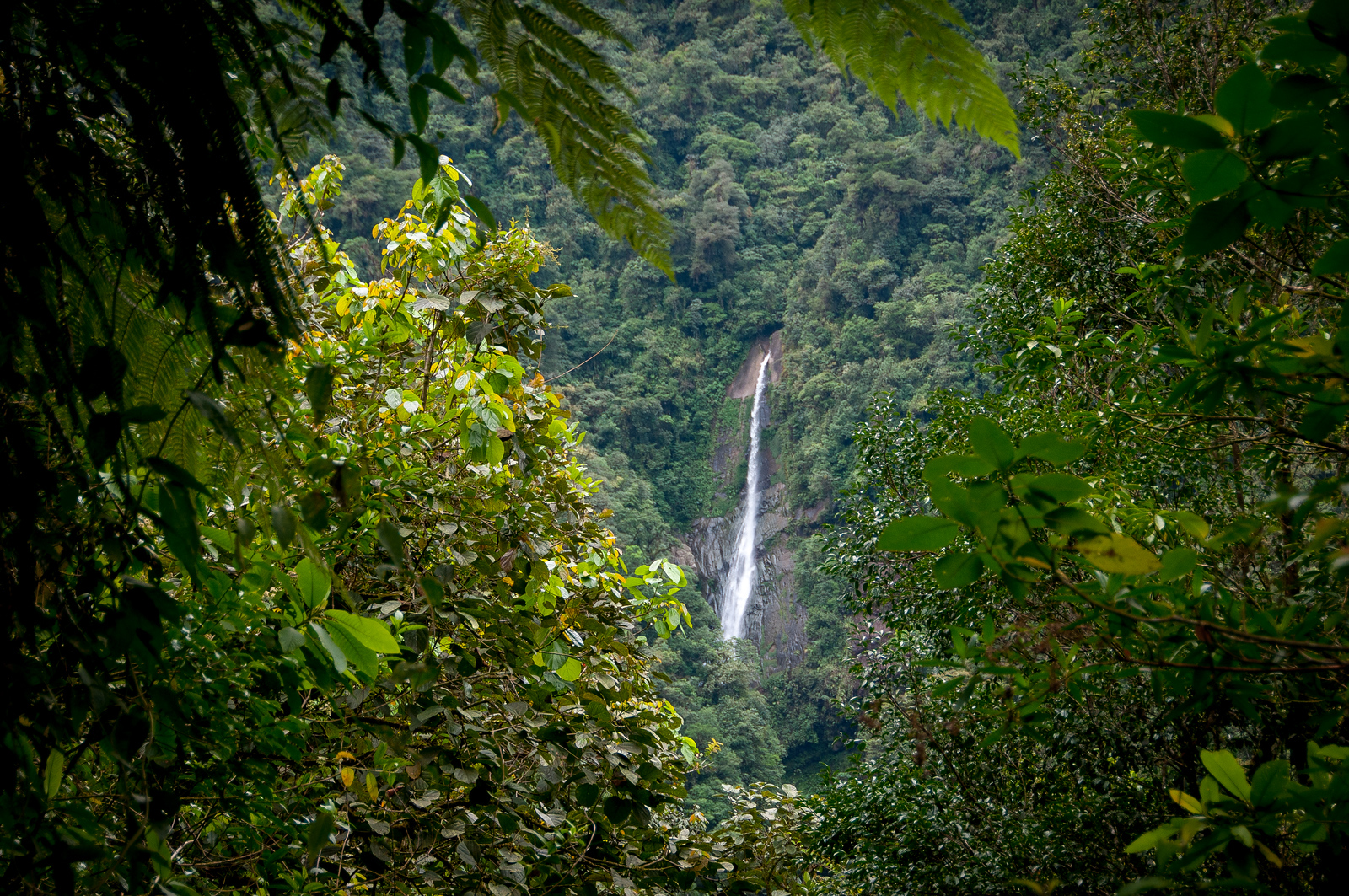 The park lies in the foothills and mountains of Cordillera de Talamanca between the mountain ranges of Las Vueltas, Cartago and Echandi on the Panamanian/Costa Rican border.

The Cordillera de Talamanca is the highest and wildest non-volcanic mountain range in Central America. It was formed by the folding of the Earth’s crust and uplifting activity that created the land dividing the Pacific from the Caribbean. A long period of marine deposition in the shallow surrounding seas up until the Middle Miocene was followed by a period of marine volcanism, which included the uplifting of the whole area to some 4,000 m above sea level. Subsequent erosion due to heavy rainfall has created a rugged topography. During the Quaternary period, glaciers carved cirque lakes and steep valleys on the slopes of Chirripo National Park, the only area in Central America to show signs of glaciation.

Tropical rainforests have covered most of the area since at least the last glaciations, about 25,000 years ago. The park includes lowland tropical rainforest and cloud forest, as well as four communities not found elsewhere in Central America: subalpine paramo forests, pure oak stands, lakes of glacial origin and high-altitude bogs. The area also contains all five altitudinal zones found in the tropics. Most of the main crest lies within the montane rainforest, characterized by mixed oak forest. Below 2,500 m lower montane rainforest occurs and the forest is generally more mixed. The Talamanca Mountains contain the largest tracts of virgin forest in Costa Rica. On high points along the ridge, at elevations above 2,900-3,100 m, frequent stands of paramo, swamps, cold marshes occur. The paramo located on Mount Kamuk contains the richest and most varied vegetation (after Chirripo) in the entire Talamanca Range and is the only one in Costa Rica that shows no signs of human intervention. Species diversity is perhaps unequaled in any other reserve of equivalent size in the world, due to the convergence of the floras of North and South America and varied climatic and edaphic (soil-related) factors.

This World Heritage Site comprises an enormous part of Costa Rica and comprises many separate national parks, preserves, and forests:

Despite its size, finding a way to visit one of the parks was far more difficult than I thought it would be. The Amistad Park is all wilderness and the only way in is to backpack several days. The other parks are also not really designed for large-scale tourism.

I found the easiest way to visit the site was via Tapanti National Park in the Orosi Valley, which is only an hour outside of San Jose. From there you can easily arrange day trips into the park or dive there if you have a car. While the park is accessible, there are only a small number of hiking trails available.

The Talamanca Range-La Amistad Reserves / La Amistad National Park is a natural UNESCO World Heritage Site shared between two countries: Costa Rica and Panama. This property was inscribed by UNESCO in 1983 as a natural landscape and forest area. The protected area is focused on a mountain range and its surrounding landscape. This area consists of the tallest peak in Costa Rica and Panama.

The mountain range is of global significance as it is the center for endemism on various animal and plant groups in the region. It also serves as an important habitat species of birds and mammals that are under serious threat.

The Talamanca Range-La Amistad Reserves / La Amistad National Park is a transboundary protected area that is co-managed by Costa Rica and Panama. This was after UNESCO included the site as one of the World Heritage Sites under the Natural category. The park was established five years after it was inscribed by UNESCO in an effort to strengthen the conservation of the park and its components. There were a few extensions to the protected area in 1990, which now means the UNESCO site spans 401,000 hectares of nature reserve with a buffer zone of 15 kilometers. This makes it the largest reserve in Central America.

The Talamanca Range-La Amistad Reserves / La Amistad National Park is recognized by UNESCO for being a major biodiversity resource (both in the regional and global level). In fact, about 20% of the diversity in the region’s species are attributed to this natural reserve. The strategic position of the reserve within the Mesoamerican Biological Corridor is another crucial factor in its naming as a UNESCO site.

Due to the difficult terrain that one must overcome to get here, this park is relatively unexplored. Only those scientific researchers have been able to conquer most of the areas of the park from 2003 to 2008. The collaborative project by researchers has produced great baseline information with regards to the biodiversity within the park. The researchers were also able to create a map of its biodiversity. According to the research project, there are about 7,500 plant species, 17,000 beetle species, and 380 herpetological collections that are found within the park. There are also plenty of animals, insects and plant species discovered during the scientific expeditions that were not known before.

View a complete list of the UNESCO World Heritage Sites in Costa Rica and Panama.