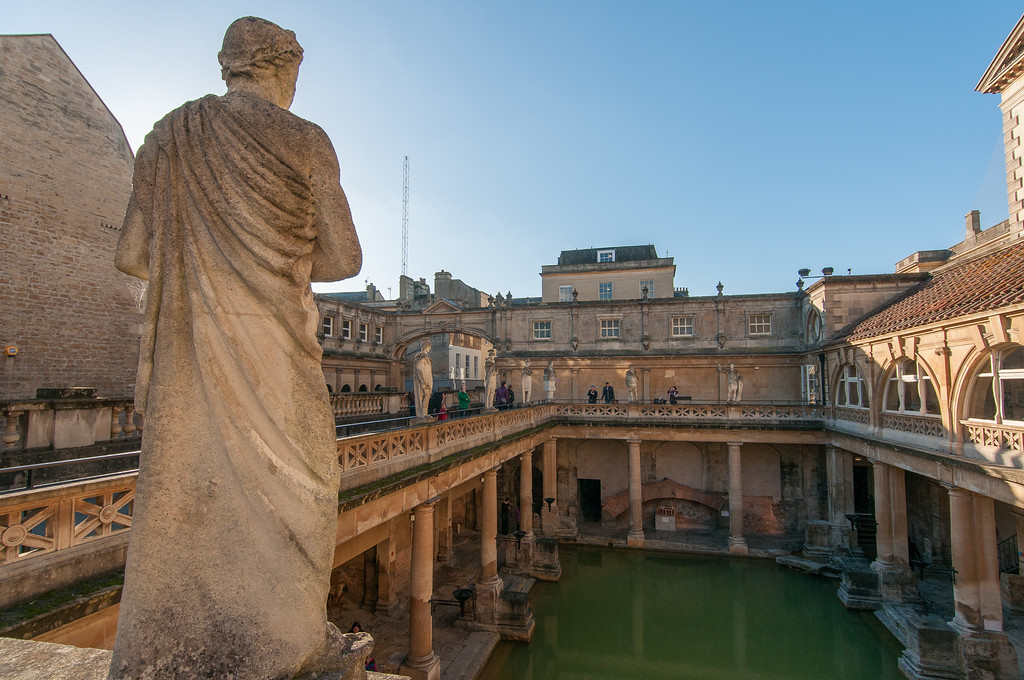 The city of Bath in England offers a unique travel experience from those that you will find in England. First and foremost, it is a UNESCO World Heritage Site for its cultural importance. The city traces its origin from as far back as the 1st century AD and was established by the Romans. The city is blessed with natural hot springs which were used by the ancient Romans as a thermal spa. Today, these baths and hot springs are one of the top attractions for those who travel to Bath in England.

During the Middle Ages, the city of Bath was the heart of the wool industry. Eventually, the city’s economy grew and it aided in the growth towards becoming a famous destination for literature and art. When you travel to Bath, you will get a glimpse of that rich history as many of these remnants are still standing today.

When you explore the city of Bath, you will find several Neo-classical style buildings like the Pump Room and Assembly Rooms. This blends perfectly with the monumental ensembles that are still intact today for those who travel to Bath. All of these monuments and buildings combine to preserve the glamor and the aura of the spa city that the Romans built during the 18th century.

During the 18th century, Bath was an important cultural center and it remains until today. There are five theaters in Bath namely the Theatre Royal, the Egg, Mission Theatre, Rondo Theatre, and the Ustinov Studio. These theaters attract international directors, artists and shows. Meanwhile, the city of Bath also has a long standing tradition of music, on top of its theater arts performances. It has several concert venues but nothing more prominent than the 1,700-seater Art Deco Forum.

For the art connoisseurs, you will have many museums and art galleries to explore when you travel to Bath. The Victoria Art Gallery might be the most prominent of them all. But you can also get a good mix of artistic and cultural displays from the following museums: Holburne Museum, Bath Postal Museum, Fashion Museum, the Museum of East Asian Art, and the Jane Austen Centre.

When it comes to the economy, Bath has sustained itself with a thriving industry focusing on service-oriented businesses, software and publishing. There is also a rich cultural heritage evident when you travel to Bath. In the city, you will find numerous museums, theaters, sporting venues and cultural spots. The city also features a rich tourism industry with an estimated 1 million visitors staying overnight while over 3.8 million day tourists are expected annually.

Take note of these attractions and add them to your itinerary when you travel to Bath:

This massive complex in Bath, England is a historic site. The entire complex is a preserved Roman site that is available for the public to bath in. The location of the bath itself is located below the street level of modern-day Bath. Aside from the ability to enjoy a thermal spa right in the heart of the city, it is also a key player in the city’s long standing history. 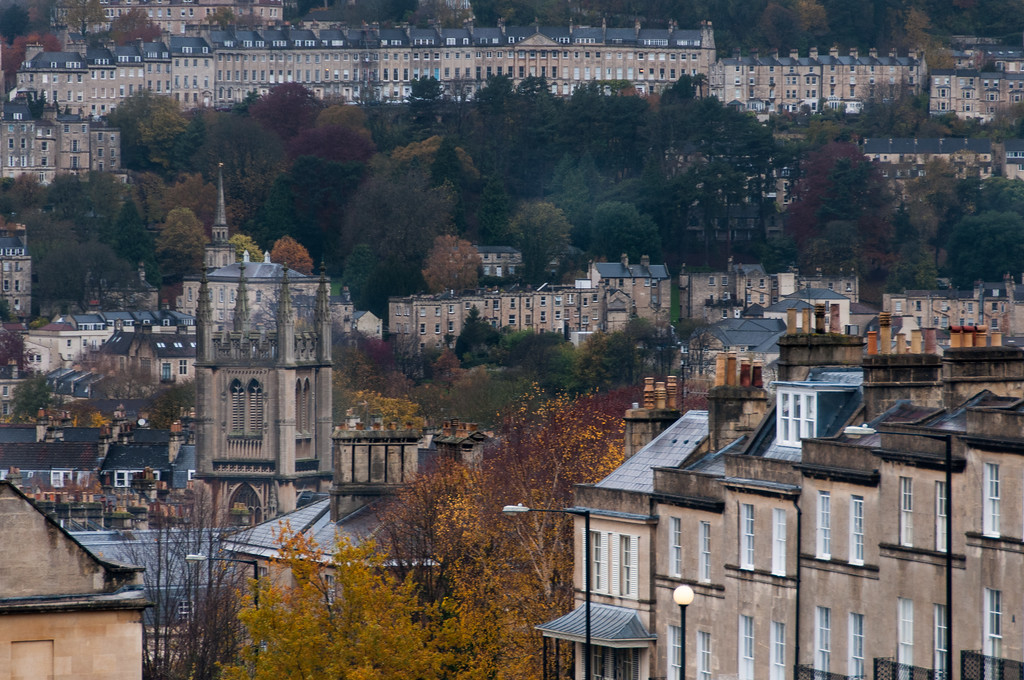 This is a massive row made up of 30 terraced houses that forms a sweeping crescent shape right in the heart of the city of Bath. It was created by architect John Wood in the year 1774. It features a Georgian style of architecture. Like the Roman Baths, it is also an important historic landmark that tourists who travel to Bath go to! 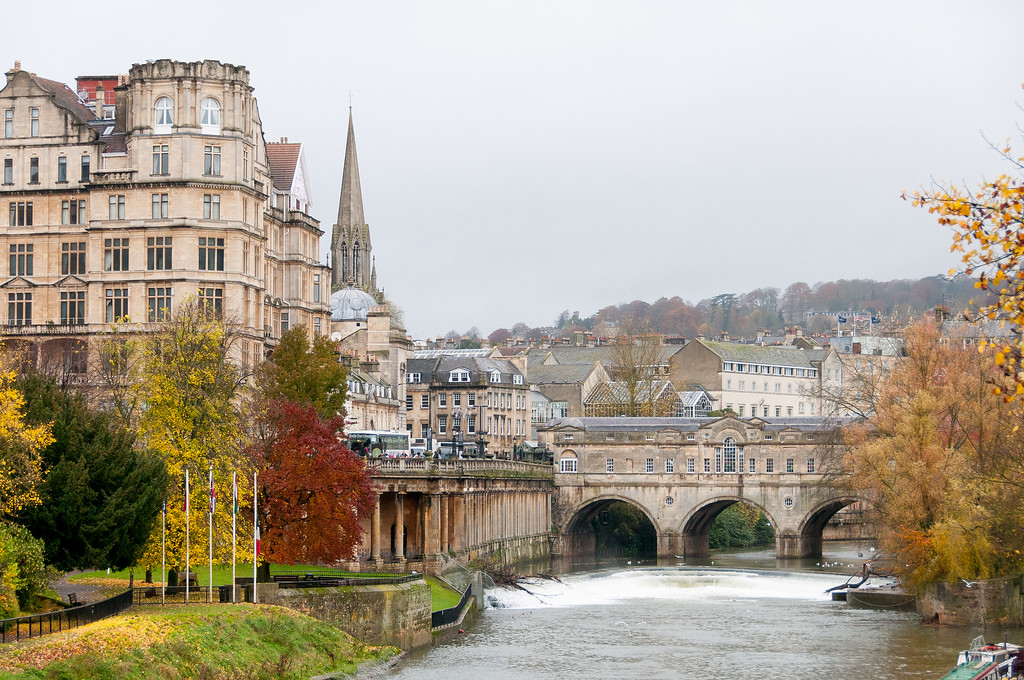 This bridge is situated above the River Avon in the city of Bath. It is one of the most prominent features of the city since it was constructed in the 18th century. Today, this 45-meter bridge connects the city to the Georgian town of Bathwick. The bridge is notable for its use of Palladian architecture style. 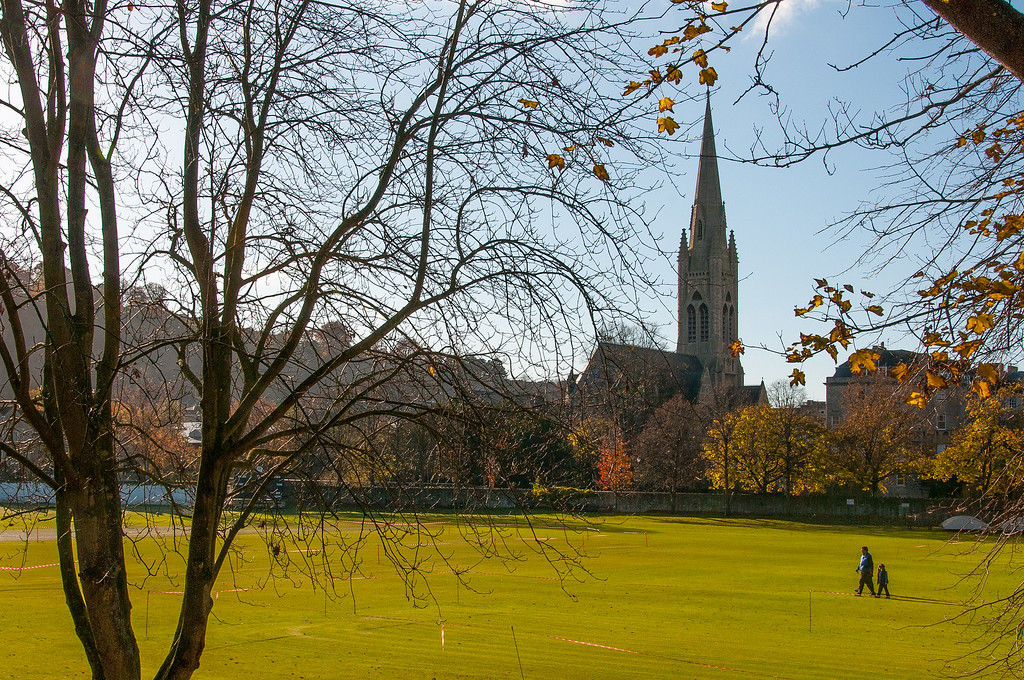 Travel to Bath: Tips and Resources