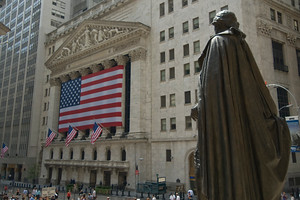 In about 12 hours I’m off to New York for my first real trip away from Wisconsin since I flew back from Spain to be with my dad. I’d be lying if I didn’t say I was ambivalent about going. My dad is doing better, but he’s far from being out of the woods. He is still in intensive care, but isn’t hooked up to any major life support. His kidneys have started functioning again, he can go most of the day without being hooked up to the ventilator, he is off his blood pressure medication and starting physical therapy. He can move his hands and feet somewhat, but he’s been in bed for almost two months.

However, he is going to need heart valve surgery at some point. The hope is the rest of his body recovers enough to have the surgery before it is too late for him to get the surgery.

The last month has been the closest to a normal routine I’ve had in several years. I wake up, do stuff online, drive 15 miles into town to the hospital and take over from my mom who is there early in the morning to mid-afternoon. I usually stay here until 7pm which is when the ICU has their shift change and they don’t allow visitors from 7-8pm.

I told my mother of my reluctance to go to New York, but she insisted I go, and my dad seems to want me to go too. I have no idea how long he is going to be in the hospital, so it was agreed that there should be some sort of normalcy in our schedules.

The reason for my trip to New York is the 2nd annual Travel Blog Exchange (TBEX) conference. I attended last year in Chicago and this year is looking to be several times bigger and better.

I’ll be doing a meet up with Chris Christensen on Wednesday, but we don’t have a location yet. It will be somewhere in Manhattan. I’ll post something on my site and on Twitter, but expect a time of around 6-8pm. I’ll be available during most days from Wednesday to Friday so if you are in New York and want to get lunch or something, just contact me.