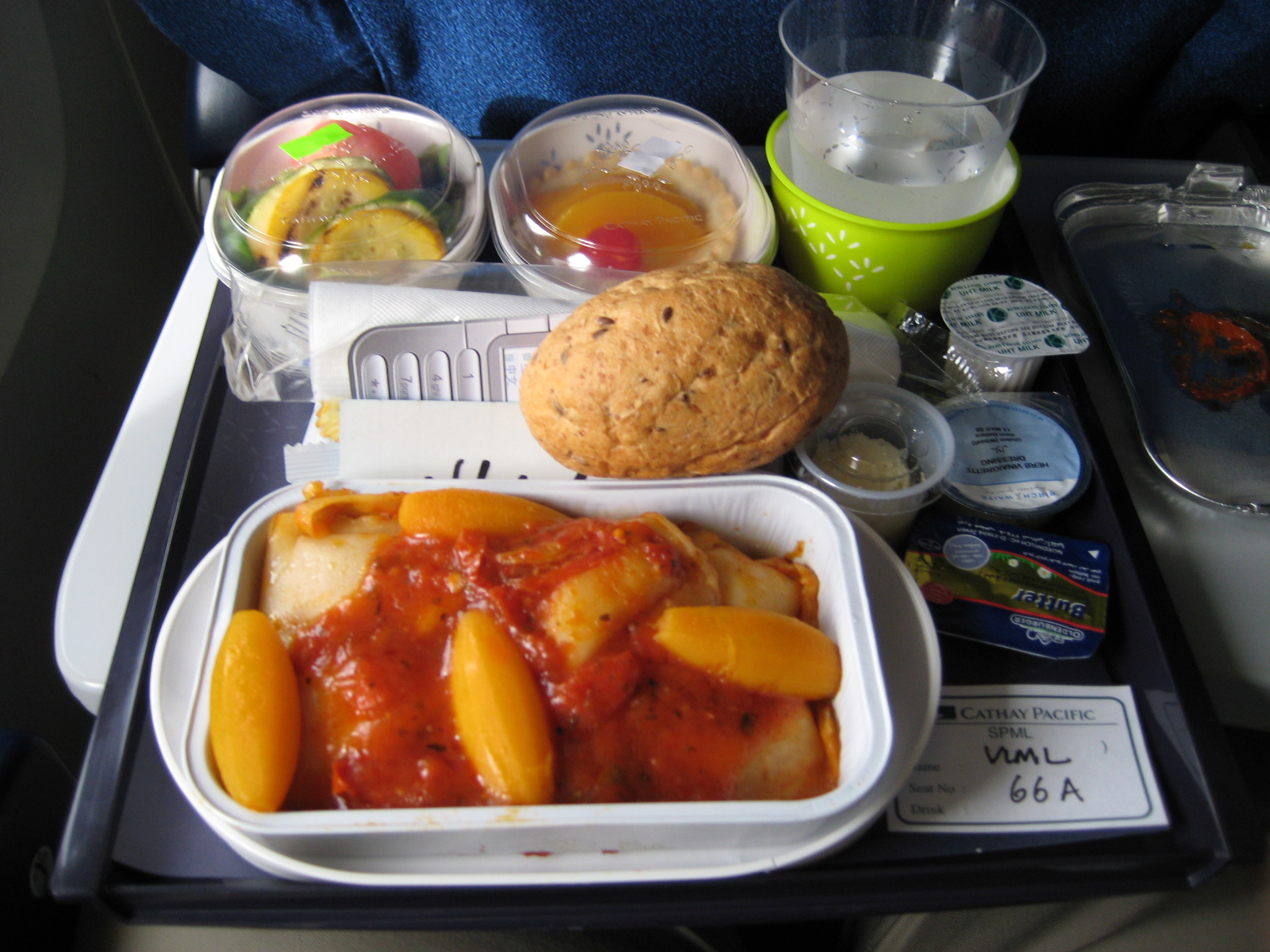 There is no sense in burying the lead: There are no good low carbohydrate options available on any major airline.

I try to eat a low-carb, keto diet when I’m at home and I can do so quite successfully. However, going keto while traveling is extremely difficult. It’s especially hard to do when flying as no airline that I know of offers a low carbohydrate option for meals.

The reason, as far as I can tell, has to do with cost. Proteins cost more than carbohydrates. Both meat and green vegetables are more expensive than grains and potatoes. Even meals you might think would be keto-friendly usually aren’t low-carb once you look closely

I’ll be going through many of the meal options available on flights and explain why they don’t cut it as a low carbohydrate option for those on a keto diet while traveling. I’ll also be giving my tips and suggestions for keeping to a low carb diet when you have to travel.

You’d think that a gluten-free meal would be a good keto option while traveling. No bread and no pasta is probably going to be low carb, right? Nope. Most gluten free meals I’ve had on flights just replace wheat products with rice products. Your bread is now a rice cracker, and your pasta is now a bed of rice. Gluten-free meals are not a good low carb option on flights for keto travelers.

This sounds like it would be a good option as well. According to the diabetic meal description on Delta’s website, they are “Meals suitable for those who need to manage blood sugar levels. Foods excluded are high in sugars for example syrups, jams, cakes, and chocolate, unless specifically designed for diabetics.” The problem is low sugar isn’t necessarily low-carb. Again, they are probably going to load the meal with grains. This might be the best option in that it eliminates the highest glycemic index foods, but it is hardly a great option for keto travelers.

For the most part, these meals are defined by what is not in them, rather than what is in them. Kosher and halal meals will not have pork, Hindu meals will usually not have any meat. With the exception of Kosher for Passover meals, grains and other carbs won’t be affected by getting one of these meals.

Here to, these meals are defined by what they lack, not what they contain—a distinct problem when trying to avoid carbs while traveling. There will still be wheat, rice, and other complex carbs in the meals. If vegetarian meals actually consisted of just vegetables, this would be a great option, but that is rarely the case.

On airlines offering this option, I found it is the most keto-friendly choice. You don’t get a lot of food, but what you do get will generally be acceptable on a low-carb diet. Expect a box of raw veggies, including carrots, celery, broccoli, and other similar foods. I took this option when flying on Qatar Airways and it worked pretty well.

What Are Your Low Carb Options When Flying?

While getting meals from the airlines isn’t a great option, there are a few things you can do. None of them are optimal, but it is better than nothing.

Despite the popularity of low-carb and keto diets, it’s unlikely that there will be any good low-carbohydrate options on airlines anytime soon because of the cost. Your best bet is to not rely on the airlines to feed yourself—put your diet under your own control when you need to stick to a keto diet while traveling.

2 thoughts on “Low-Carb Options When Traveling By Air”