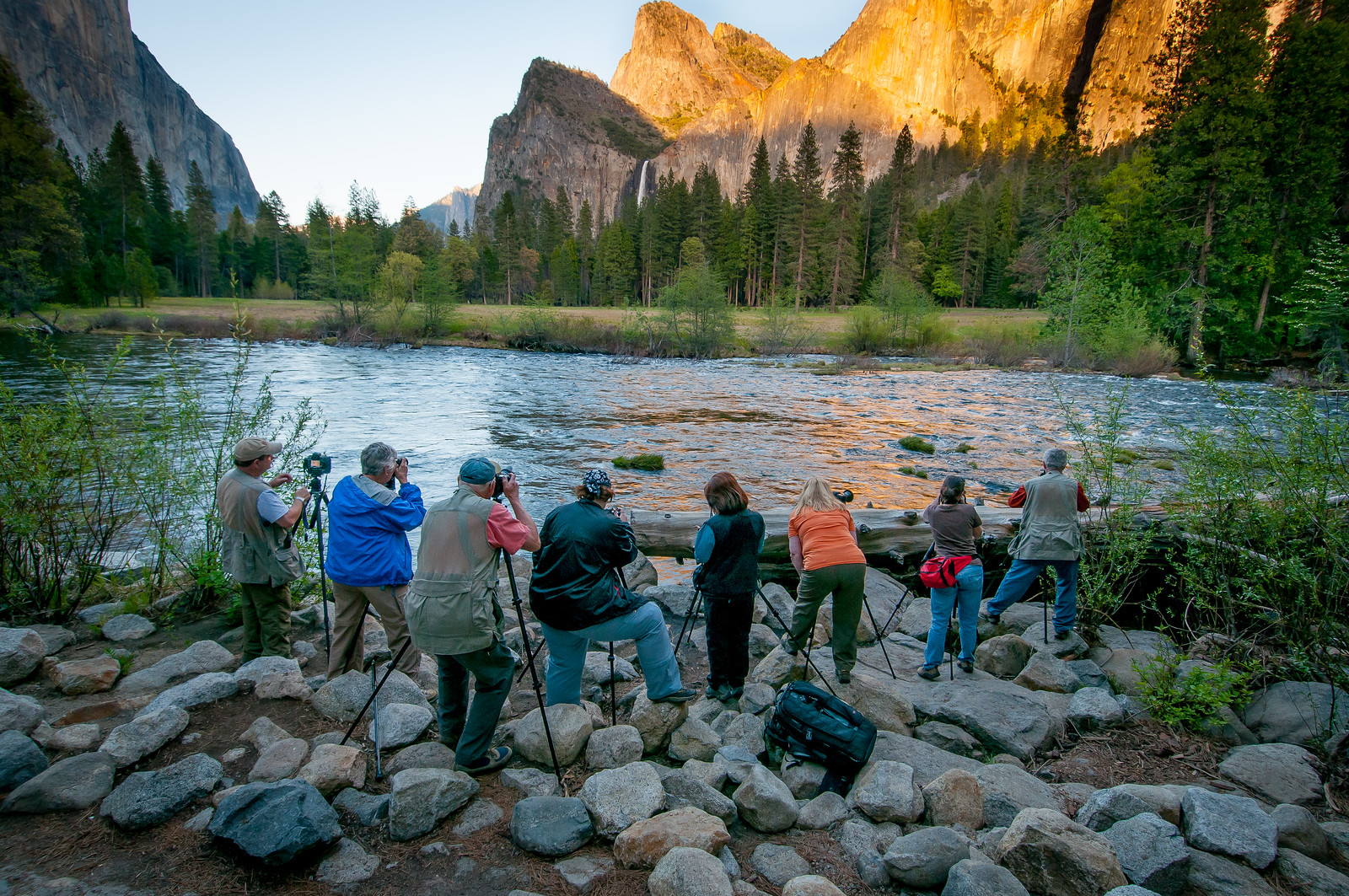 I’ve had many discussions about photography with average people who might own nothing but a smartphone camera. Time and time again I’ve seen the same misunderstandings pop up. Many of them I totally understand as I believed the same things when I started out as a photographer. However, I think it is important to dispel many of these myths as it affects everyone’s ability to take good photos.

An entry-level SLR or mirrorless camera is going to have about the same image quality as a high-end camera if the lighting conditions are good. If you are taking a photo of a still subject in good light, then you probably won’t notice much of a difference between the images taken on the two cameras.

My advice to new travel photographers is to get a cheap SLR or mirrorless camera to start. If you run into technical limitations with the camera which is preventing you from getting certain shots, then you should consider upgrading. If you are just shooting in automatic and you aren’t bumping into these limitations, then there is really no point in upgrading your equipment.

A professional who knows what they are doing with an intro level camera will almost certainly take better photos than a novice with a top line camera.

2) Photo editing is the equivalent of “cheating” or “lying”.

This is maybe the worst of the misconceptions people have about photography today, and I blame this squarely on the shoulders of the fashion industry.

Every few months there is a story in the news about how some photo editing job got botched. There are cases of people being made to look abnormally thin, limbs being removed, and other very serious and major distortions to images. Other people have created fake images using editing software. This is the type of stuff people are thinking of when they use “Photoshopped” as a pejorative. This behavior had lead people to believe that any editing of photos is somehow distorting reality and fake.

There is also this idea floating around that cameras capture reality. If you just don’t touch any of the settings on the camera and don’t edit your images you are somehow capturing the world in its raw, organic state.

Both of these beliefs are wrong. Totally wrong.

Ever since cameras were developed, photographers noticed a problem. A scene might have parts that are bright and other parts that are dark. However, the camera had only one shutter. The darker parts required more exposure and the brighter parts required less, but you can only take one exposure for the entire image. The solution was to correct for this in the darkroom by dodging and burning parts of the image to decrease or increase the exposure. These darkroom techniques were necessary to get a decent looking photo.

Even though digital cameras have improved greatly over the last few years, our eyes are still better than any camera ever made. Moreover, all of the buttons and dials on a camera are there for a reason. They do things. When you shoot in automatic, you are just letting the computer in the camera make the choices for you that you could have made. The choices aren’t any more “real” or “organic” than the choices you could have made if you did it yourself.

While there have been some notable exceptions, the vast majority of all photo editing which is done is nothing more than using the same techniques which were developed in the 19th Century in the darkroom. The only difference is that they are done on a computer and they can be done much faster.

3) A Smartphone is just as good as an SLR.

To be sure, smartphones have improved by leaps and bounds over the last decade. Smartphone manufacturers have been doing promotional campaigns where magazines covers and billboards have images which have been shot with smartphones. This has lead many people to think that we soon won’t need bigger cameras because smartphones will be so good.

They are right only in part. Most photographers I know carry around a smartphone and they will use the camera for day-to-day shooting. For taking snapshots, smartphones are perfectly fine and they have largely replaced the point-and-shoot camera market.

However, there is a limit to what you can do with a smartphone, and that isn’t going to go away regardless of how good the sensors in smartphones get.

The first thing you need to know is that when a smartphone is used to shoot for a magazine, it is done under conditions which will not exist when you are using your smartphone. They almost always have controlled artificial lighting, external lenses for the smartphone, and maybe even a tripod. That is on top of the crew of people who are working behind the scenes. They are usually also saving the image as a RAW file, not as a jpeg like you will, and editing it in Photoshop. Everything about the photo shoot is the same as what you would use in a normal professional photo shoot, except for the camera itself.

The real reason why smartphones will never totally replace interchangeable-lens cameras is physics. Real estate in a smartphone is scarce. The area of the sensor in an iPhone 6/7/8 is 17.30mm2. The size of the sensor in a full-frame camera is 50x larger! That is 50x more light gathering area and 50x more photons which can be captured.

Moreover, the distance from the sensor to the lens in a smartphone is only a few millimeters. In an SLR/mirrorless camera, it is an order of magnitude greater. This means you have space to put in a moving aperture and a physical shutter. Smartphones don’t have proper controls for either shutter speed or aperture because they don’t have room to put it in.

Also, bending light requires some space. While there are tricks you can use to cram the ability to focus into a few millimeters, there are limits. You’ll never see a smartphone be able to photograph a running cheetah at 200m like a larger camera with a zoom lens will.

It is a matter of light and optics. A larger lens and a larger sensor will always win out. That isn’t to say that smartphones don’t have their place, but there are limits to what physics can do.

4) Travel photos have to be taken in “exotic” places.

Even in professional travel photography competitions, I’ve noticed a very strong preference for “brown people wearing ethnic clothes”. If they are children or old people with very wrinkled faces, it is a plus.

While those things certainly do fall under “travel photography”, the universe of travel photos is much larger.

Travel photography doesn’t have to occur in some far away place. You can take part it in anywhere at anytime.

5 thoughts on “4 Misconceptions People Have About Travel Photography”