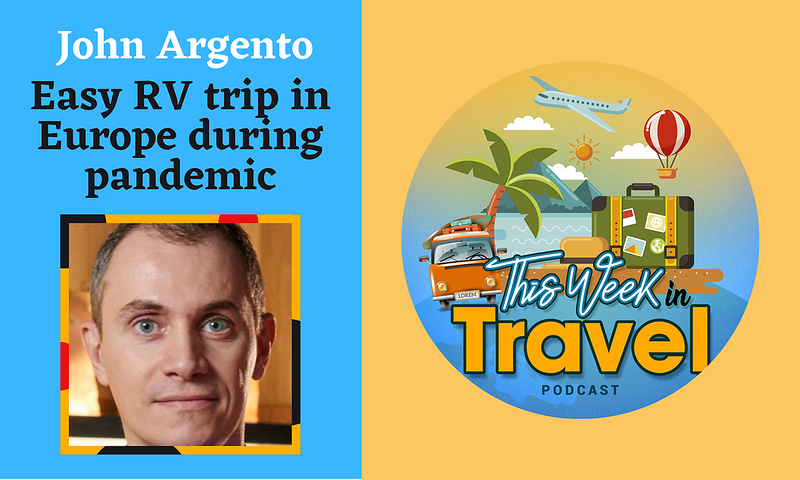 This week’s guest is John Argento. John is an avid traveller who has been exploring the world for the last 35 years. Originally from Canada, John has travelled to nearly 90 countries to date, visited hundreds of cities, towns, and villages around the globe, and currently resides in Amsterdam. He has previously lived in New York, London, Paris, Milan, Montreal & Lausanne and was the host & producer of the short-lived podcast, The Travel Broadcast. He is now developing a travel concierge business, offering customized tours to European destinations.

John talks about a five-week RV trip through Europe during the pandemic. He raves about Spain. Salamanca. Malaga. San Sebastián.

Picks of the Week